We are a Star Wars family.  We own the original trilogy and the prequels.  My son’s room is filled with the Lego versions of an Imperial Star Destroyer, AT-AT Walker, Jabba’s Sail Barge, Rey’s Speeder, B-Wing Fighter, Poe’s X-Wing Fighter, and my personal favorite, the Millennium Falcon.  I own action figures from my childhood and of new characters from The Force Awakens.  My daughter has her own action figures and light saber.  My husband owns the Sphero BB-8 droid that he controls remotely from his phone, and the remote control Millennium Falcon that really flies.  We binge watch The Clone Wars and await each new episode of Star Wars Rebels.  We are dedicated fans, and Disney has made a lot of money off of us.  Of course, we have pre-ordered the digital and Blu-Ray copies of the movie (out today, April 1, and April 5, respectively).

We enjoy these movies as fun entertainment, but the movies and shows also offer Doug and I the opportunity to teach our kids valuable lessons about the world and how to live in it.

Finally, I will share how Star Wars has inspired me personally, dating myself in the process.  My very first memory is of three-year-old me going to my hometown’s drive-in theater to watch the first release of Star Wars in 1977.  My brother and I were in the backseat of my parents’ car and I remember waking up from a nap as Princess Leia drew her weapon to defend against Stormtroopers at the start of the movie.  She has been my hero ever since.  In a play world dominated by Barbies and baby dolls, she was a female role model for someone who used her gifts to fight for freedom for others and against evil, with bravery, diplomacy, political negotiation, and if necessary, military force.  She was a confident leader who stood up for what she believed in.  Her example stayed with me throughout my childhood and inspires me to this day.  With the arrival of Daisy Ridley’s character, Rey, I am thrilled that my daughter and son will have the opportunity to see a woman who is both powerful and loving, who has survived horrible circumstances yet is full of hope.  And I can say that the most emotional part of watching The Force Awakens for me was not (spoiler alert) Han’s death at the hands of his son, but the moment when Rey successfully calls Anakin’s lightsaber to her and raises it to battle Kylo Ren.  Tears rolled down my cheeks as I watched Rey’s face, full of fear but resolute in her determination to defeat him and save herself and her injured friend, Finn.  A she, not a he, is the center of the hero’s journey in this new trilogy, and I couldn’t be more excited to see what happens in Episode VIII, due in theaters December 2018. 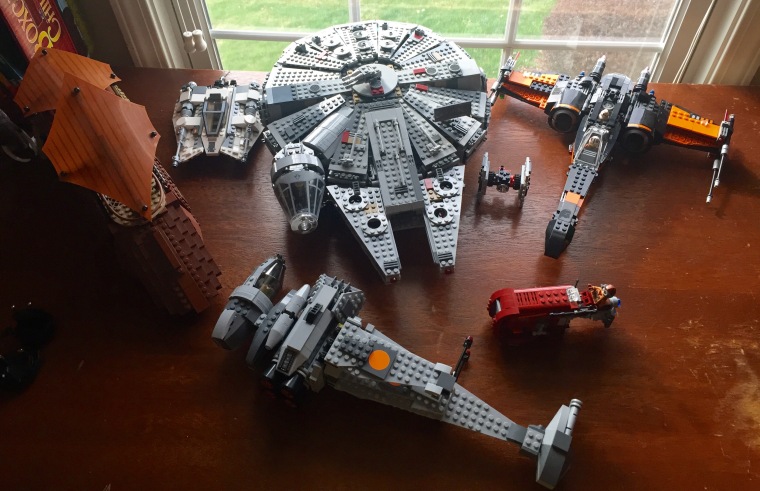